You can make sure your child is safe online by using technical parental controls and creating your own rules. Rules should cover things like which websites they can visit and how long they can spend online. You should also stress the importance of keeping personal information safe.

Computers and other digital technologies like games consoles and mobile phones have parental controls. These let you do things like:

Before you set rules you can check the equipment’s user manual or the manufacturers’ websites to see what controls you have access to. You can also contact your internet service provider (ISP) or mobile phone operator to find out about any child safety measures they offer.

Setting rules with your child

When making a set of rules for using the internet, it’s a good idea to include your child. Being involved will help them understand the dangers and give them a sense of responsibility. It will also let them know what kind of websites you think are suitable.
The best way to keep your child safe online is to get on the internet yourself to learn how they use it. This will help you to set reasonable rules.

You should make sure your child is aware of child-friendly search engines. These filter out inappropriate internet sites so that they are able to search the internet safely. Your child can also use traditional search engines with safe search settings turned on.

It’s important your child realises that people online might not be who they say they are and could be dangerous. They should also be aware that any personal information they give out can be used in financial scams or for bullying.
To keep your child safe you should tell them not to:

You can monitor your child’s internet use by checking the history folder on your browser as it contains a list of previously visited sites.

This information has been found on the DirectGov website. For more information about how to keep yourself and your child safe online you might like to visit:

Concerned about how to keep your child safe on line?

Click on the link below for advice and guidance.

PARENTS – SEE BELOW FOR INFORMATION ABOUT THE SAFE USE AND POTENTIAL DANGERS SURROUNDING CERTAIN APPS & SITES.
The following document has been produced by the police (January 2016) as a resource to be used for Safer Internet Day (February 9th 2016). It outlines what different APPs and sites do. It gives you information on the recommended ages, what the APP does and how our child may be at risk.

As you can see, the youngest recommended age is 13, but the reality is that many parents still give their child access to the internet with supervision or direct guidance. Without this, internet behaviour can be invisible. You would not allow your child to leave the house without knowing where they are going, who they will be with, what they will be doing. We make sure they can get there and back safely. You must view online socialisation in exactly the same way. Children are naturally curious and they can be very naïve about the Internet. If you do not check or guide – they may assume they are safe, despite all of the guidance and warnings we give them at school.

Please do take the time to read the following information.

Safer Internet Day is designed to promote safer and more responsible use of online technology and mobile phones. While the internet and the technology used to access it is rapidly evolving, providing exciting new experiences and methods of communicating, it is important that children and professionals alike do not forget the risks that are associated with it. As a result of cultural developments like sexting being a relatively recent practice, ethics are still being established by both those who engage in it and those who create legislation based on this concept. Nevertheless, the law currently views any sexual pictures of anyone under the age of 18 years as illegal due to the inherent risks to children being exploited and their pictures being distributed. Safer Internet Day is therefore a wonderful opportunity to provide children and professionals with the knowledge and awareness of how to utilize the technology available to them in an informed way to keep themselves and each other from exploitation and harm.

The Pew Research Center commissioned a study on sexting, which divides the practice into three types:

Sexting has become more common with the rise in camera phones and smartphones with internet access, that can be used to send explicit photographs as well as messages as modern camera phones can record sexually explicit images and videos in privacy.

Messenger is modeled after BlackBerry Messenger. It uses a smartphone’s data plan or WiFi to transmit and receive messages, photos, videos, sketches, mobile webpages, and other content after users register a username. 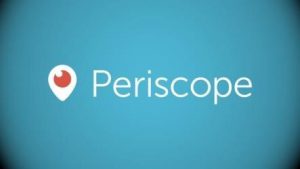 Periscope is a live video streaming app for iOS and Android 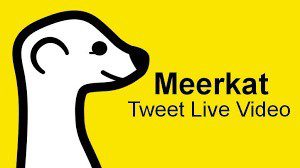 Meerkat is a mobile app that enables users to broadcast live video streaming through their mobile device. Once signed up, Meerkat users have the option of connecting their Facebook and Twitter accounts, and stream directly to their followers as soon as they go live. The app is available for both iOS and Android.

You can find out more about which cookies we are using or switch them off in settings. 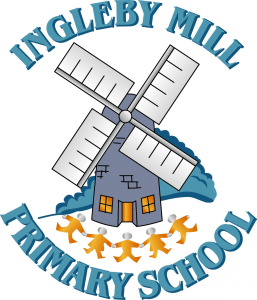